POP THE TOP FOR CHUNKY BASS 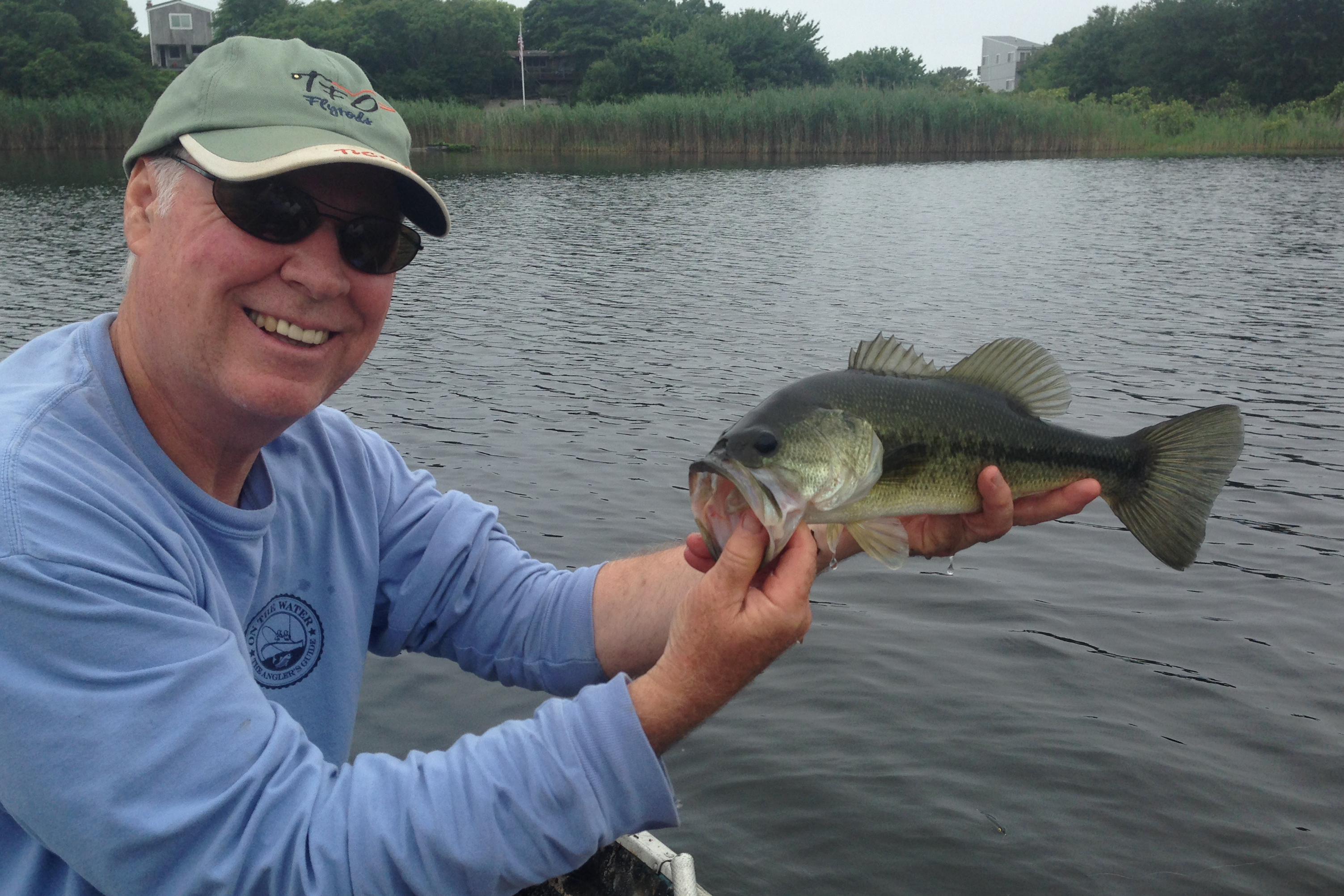 While most anglers concentrate on the prime early morning and evening hours for bass, the author finds that prospects can be good for mid-day top-water action, too – especially when  skies are overcast. Photo by OutdoorTom.com.

It’s 94 degrees outside, the water is dead calm and there’s not another angler on the lake. Most, I assume, have taken this Saturday off from prospecting for bigmouths as common sense dictates the summer doldrums have arrived and the fishing should be slow. On this sunny morning, however, no one told the bass they should be sulking and they are smashing my surface lures left and right. Sometimes, it pays just to give it the old college try.

Most  freshwater fans are familiar with the basic summer premise that  fishing is best in the early morning, late afternoon and after dark during dog day heat. Usually, this theme holds true during late July, August and September. Still, the fish have to eat sometime and there are a few patterns that can work them up. One is to toss big surface lures in open water late in the morning.

I usually employ this tactic after probing in traditional style with slow moving soft plastics or jig-&-pig combos during the peak early morning feeding period. Occasionally, it produces my biggest bass of the day. More frequently, it rewards me with exciting surface smashes from spunky 2- to 3-pound bucketmouths that refresh my fishing spirit no matter how hot the thermometer reads. 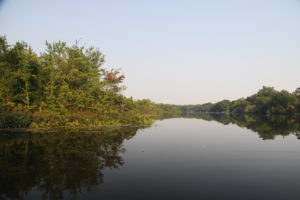 Calm winds and a flat surface are the perfect conditions for mid-day surface fishing. Rather than work the edges, get out in open water and give it a try. Photo by Tom Schlichter.

This mid-summer surface action runs counter to most bassin’ theory. It tends to hit stride late in the morning, reaching a peak between 9:00 and 11:00 a.m., and seems to be most productive in open water as opposed to the stick-ups, overhangs, weed beds and shadow lines that traditionally give up hot summer bass.

Why the open water bite? I don’t really have an explanation with which I’m satisfied. Perhaps some bass just feel the need to cruise leisurely in an attempt to stay cool. Maybe they are covering ground to scoff down emerging dragon fly nymphs, a process requiring little in the way of energy expenditure or, perhaps, they are seeking out pockets of cool water where underground springs seep into a lake. Like I said, I’m not quite certain. I do know, however, that the bite usually intensifies on a dropping barometer, especially if storm clouds are building on the horizon. The calm before a storm can be especially productive.

For this fishing, I like to throw fairly large lures, retrieving them slowly so the bass consider them an easy meal. Think in terms here of big Zara Spooks, large yellow or frog pattern Jitterbugs, chubby Hula Poppers and big buzz baits. Although concentrating my efforts in open water, I still tend to fish shallow. Four- to six-foot depths at the mouth of a cove is an ideal location to try this approach, especially if there is a grass bed covering the bottom or a few loose straggles of lily pads dotting the surface. Position your boat or ‘yak on the deeper side of the target and toss your lures toward the shallows. On deeper lakes, you might pull some bigger fish from eight- to 12-foot depths.

Working points is another good approach. Set up in open water not too far from shore, then simply work straight out toward the deepest water you can find. Small baitfish dimpling the surface are a sign that you are probing a potentially productive area. 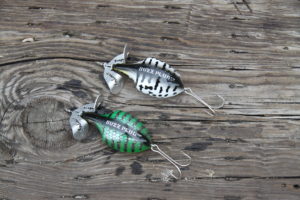 It’s okay to go big during a mid-day search for top-water action. The real key, however, is to work your lures steady and slow. Photo by Tom Schlichter.

As a rule, I like to keep my lures busy but moving slowly with this approach. I’ll “walk” the Zara Spook, twitching it side-to-side with a slow, deliberate retrieve. The Hula Popper I prefer to “pop” along steadily for about ten yards, let rest for a second or two, and then continue popping. With the Jitterbug, a slow, constant and steady “gurgling” retrieve seems to bring the best results. Work buzz baits as slowly as possible while continuing to cut the surface.

If the fish don’t respond to these initial presentations, I may progress to more erratic retrieves, but usually I’ll start slow and steady with few if any significant pauses or speed changes. I want to give the bass plenty of time to commit while introducing as little confusion to the process as possible.

If you happen to miss the morning opportunity for this entertaining surface fishing, consider heading out in the afternoon. While the bite often slacks off around 11:00 a.m., it sometimes turns back on between 2:30 and 4:00 p.m. The afternoon bite is often softer than the late morning version, but it can produce some really nice fish. I drilled a 7-pounder on tiny local pond a few years ago at 3:30 in the afternoon under bright sunny skies. More recently, I took a pair of 4-pounders on back-to-back casts using a Jitterbug at 2:45 p.m. That pair were my only fish of the afternoon, but by 6:00 the soft plastic bite was back in form and it ended up being quite a successful trip.

One enticing bonus about this open water surface action is that you can enjoy it with relatively light tackle. Instead of using the slop stick and tow-rope you might choose to separate bigmouths from stick-ups, thick vegetation, downfalls and docks, try working these lures on eight- to ten-pound test spinning setups. With little in the way of snags for the bass to bury into once hooked, you’ll get to enjoy the battle more and the odds are pretty good your fish will take to the air with a head-shaking leap or two. Just be sure to set your drag light enough to prevent breaking off a possible trophy.